Elden Ring has to be my favorite video game in a long, long time. For the longest time, I was under the impression that Sekiro: Shadows Die Twice is the best FromSoftware game, and then Elden Ring came out, and my opinion changed almost entirely.

Elden Ring takes the best of all FromSoftware games of the most and makes something that is totally different and unique, and the experience alone is something that is going to make you want to keep coming back to the game again and again.

With that said, there is a lot to uncover about the game, and today we are talking about Ghost Gloveworts.

For those wondering, Ghost Glovewrote is a useful resource that you can go ahead and use if you are looking to be certain of getting your hands on some solid spirits upgraded. The higher level will allow you to go ahead and upgrade your spirits.

However, much like the higher-end resources, the Ghost Gloveworts levels 7, 8, and 9 are often hard to come by, and we are going to find out how you can get your hands on this resource.

Now, considering how the massive world of Elden Ring is as ripe for taking as it is dangerous, it can be an overwhelming task to get your hands on the right resources.

I would know as I spent countless hours trying to get my hands on the relevant resources, and I cannot even recall just how many angry monsters tried killing me even when I was just minding my own business.

I’ll warn you in advance that the same will happen to you, you just have to be sure you are prepared. With that said, we are now going to look at just how you can get your hands on Ghost Glovewort 7, 8, and 9 in Elden Ring.

1: How to Get Ghost Glovewort 7 in Elden Ring

To make things easier, we are going to list down the locations for Ghost Glovewort 7, and then we will continue to higher levels. The purpose here is simple, we want to be sure that you do not get confused getting your hands on the resources.

2: How to Get Ghost Glovewort 8 in Elden Ring

3: How to Get Ghost Glovewort 9 in Elden Ring

Now coming to the Ghost Glovewort 9, as the level suggests on this, it will not be easy to come across, but that does not mean that we are just going to overlook it to begin with. If you are looking to find this Ghost Glovewort, you can do so at the following locations.

If you are done farming the Ghost Glovewort, you can still go to Twin Maiden Husks at the Roundtable Hold to get access to some offerings.

However, you will need to give her the Ghost-Glovewort Picker’s Bell Bearing (3), and you can find that in Elphael, Brace of the Haligtree in the graveyard to the north ease.

Once you offer the bell bearings to the Twin Maiden Husks, you will be able to go ahead and get your hands on the Ghost Glovewort from her.

The world of Elden Ring is just as beautiful as it is unforgiving but it is not a bad thing by any means. There is a special type of cruelty to the game and if I am saying something about it, I’d say that it teaches you a lot of patience and discipline when you are going forward.

Unlike other games, Elden Ring does not spoon feed you anything. Instead, it puts you in a world of wilderness that is filled to brim with monsters who are out there doing exactly what you are—surviving and that is what makes Elden Ring such a treat to explore.

This article highlights all the locations of the high-level Ghost Glovewort. For the more affordable ,lower level ones, you can find them almost everywhere and that too, with ease.

How To Make Evil In Little Alchemy 2?

How To Increase Your Health In Slime Rancher 2?

How To Make Tool In Little Alchemy 2?

How To Make Oxygen In Little Alchemy 2?

How To Unlock Plort Doors In Slime Rancher 2? 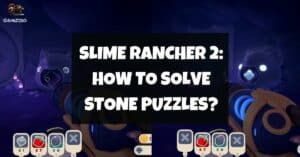